Bear and Dog have been on many great adventures, but one of the most challenging ones was yet to come.  They had not been getting out much and Bear decided it was time for a hike.  But where to, thought Bear.  Hmm, let me think.  Then suddenly Bear said "I know, lets hike Tumbledown Mountain and camp out overnight.  It will be so much fun."  Dog ran around in excitement to be going on a new adventure.

Bear and Dog headed out first thing the next morning.  After hiking for what felt like miles and miles to Dog, they had reached the ledge where they were going to setup camp. 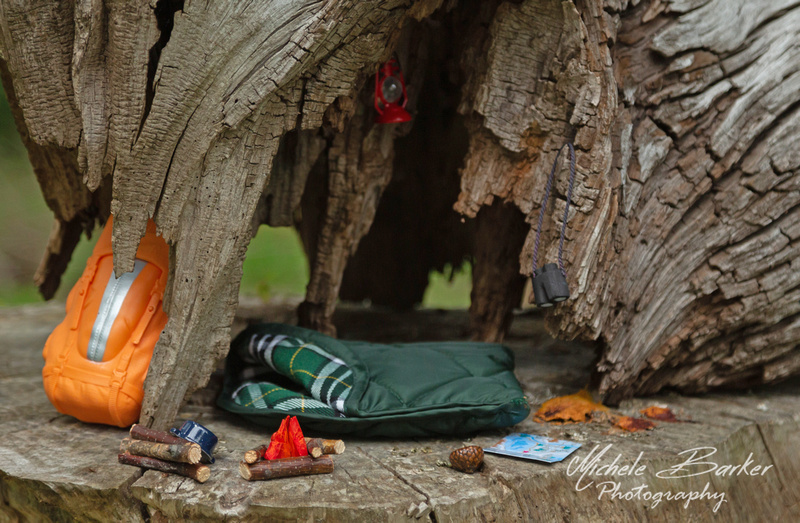 After setting up camp, Bear and Dog headed out on the next leg of the hike.  This would be the most challenging part of the day.  Bear warned Dog that he would have to be very careful as there were lots of challenging areas to make it through.

Dog dug his paws in the best he could as they hiked across the narrow ridge. 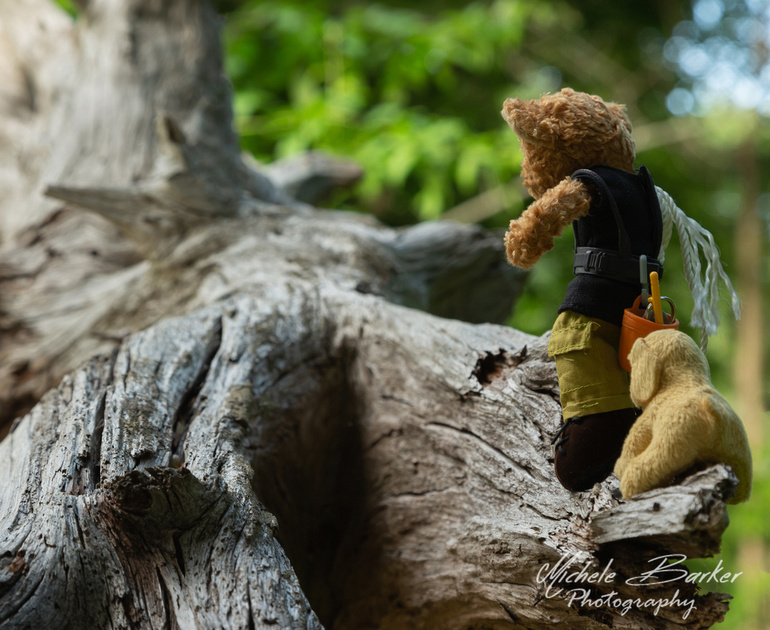 Bear and Dog made it across the ridge safely and were happy to have that part over with. 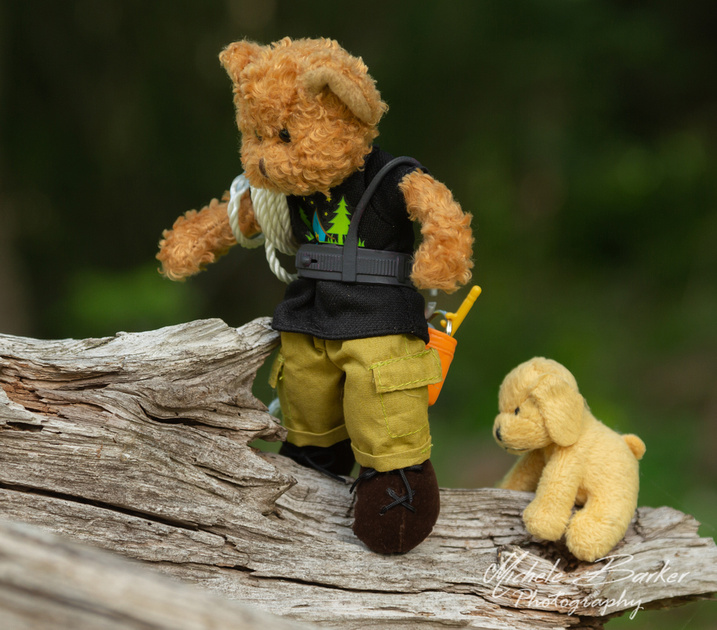 Bear and Dog were almost back to camp.  But one last challenge lay ahead.  Bear would have to set a spike to put the rope through so they could climb down the side of the mountain and make it back to camp. 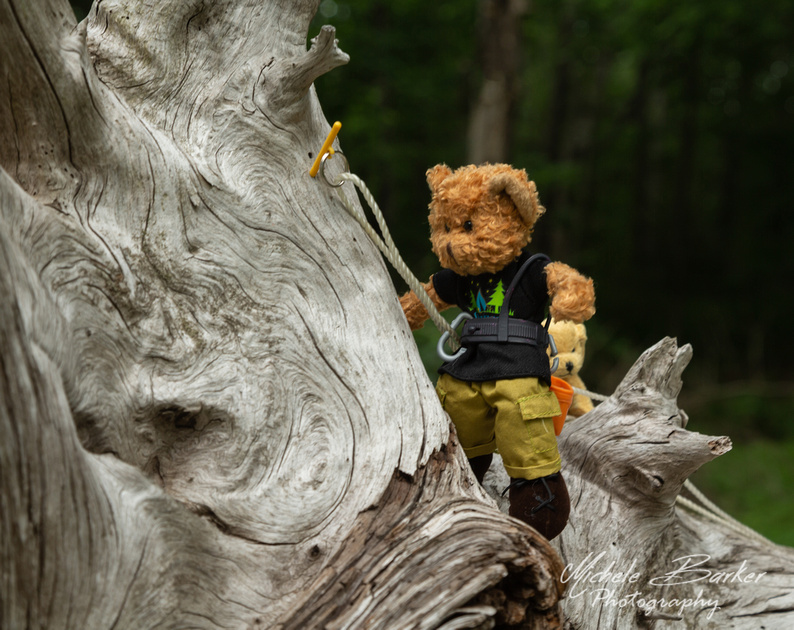 Once the spike and rope were in place Bear turned back towards Dog and lost his grip.  As he started to fall, Dog was scared that Bear would get hurt.  But Bear had securely tied the rope to his climbing belt and it caught him just in time! 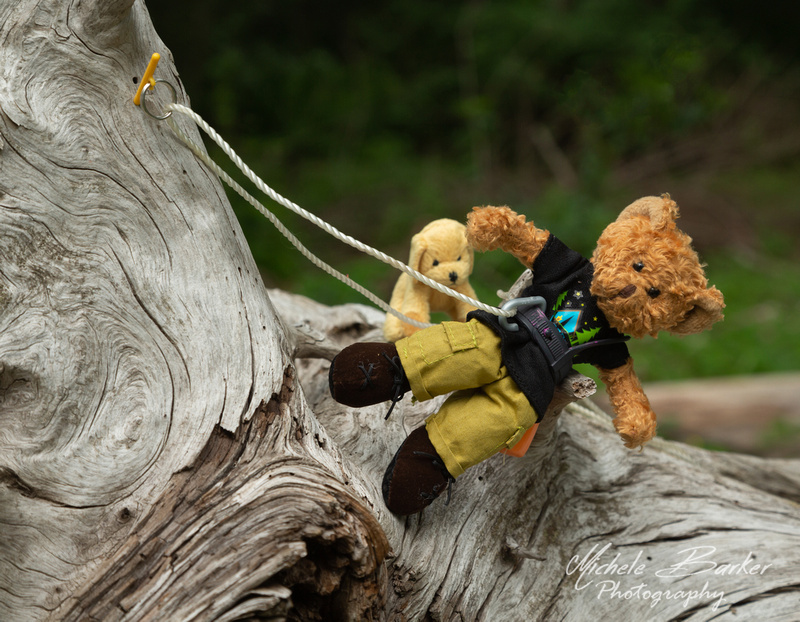 Bear climbed back up and took a minute to catch his breath.  "Phew!!" said Bear "That was a close one."  Dog looked down over the side of the mountain and couldn't believe how close Bear had come to the edge. All he could think about now was him and Bear getting back to camp safely. 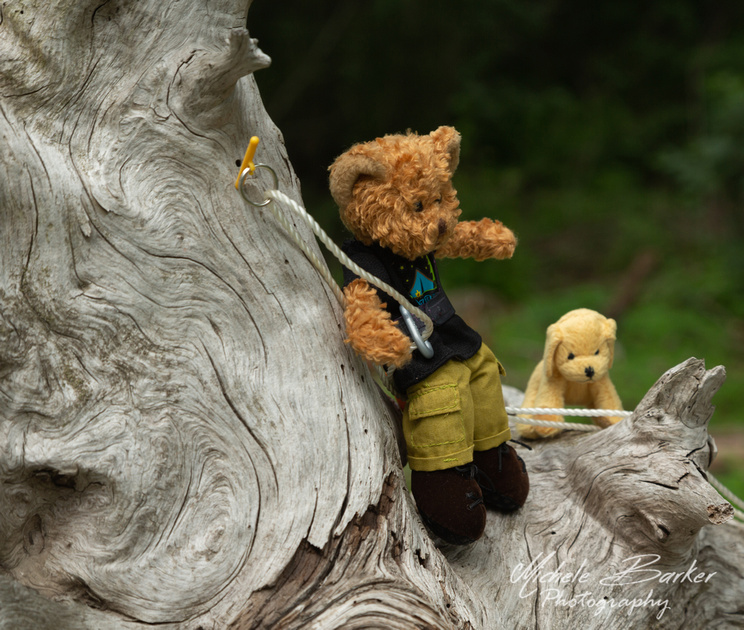 After a few minutes Bear and Dog continued on.  But the next part would be too steep for Dog to climb down on his own.  Bear had Dog get on his back and carefully made his way down the side. 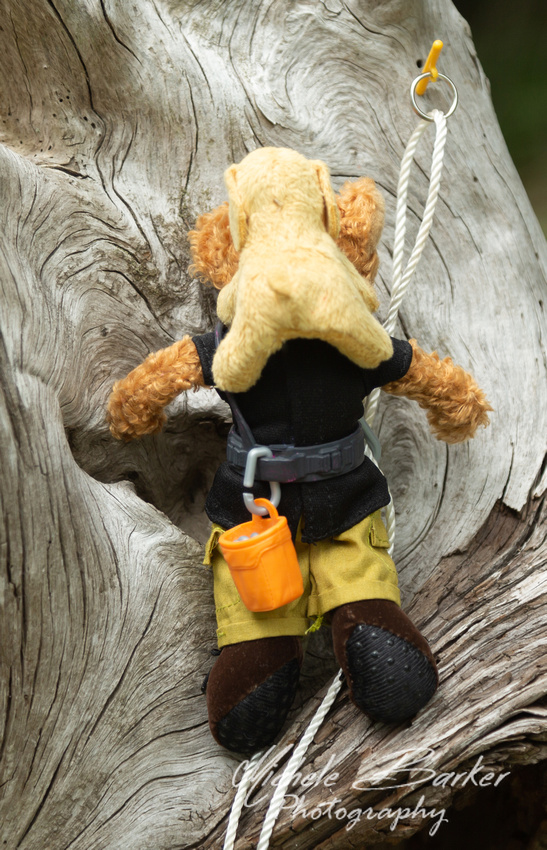 Once safely back at camp Bear and Dog made a fire and snuggled up in their sleeping bag.  It had been a long day, but what an adventure they had! 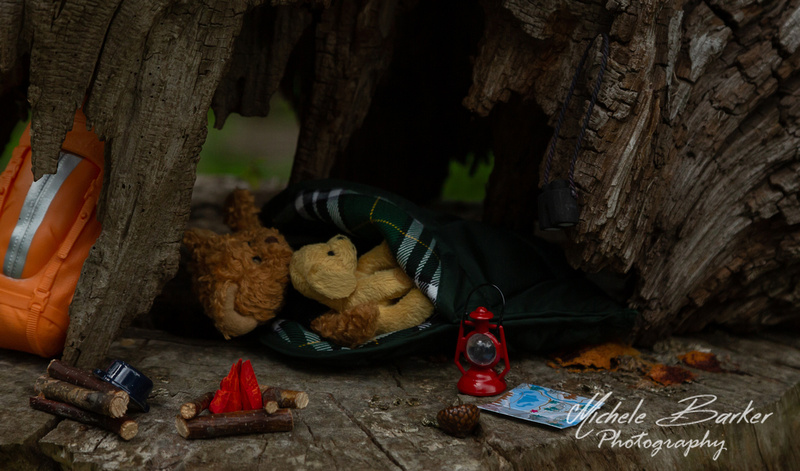