It was April and Spring had arrived. The snow was starting to melt away and the ice had melted in some of the small streams.  It was the perfect time to teach Dog how to fish, Bear thought.  As they settled in on a log crossing the stream, Dog cast his line into the water.  Within no time he caught two fish!  Bear was very proud of Dog.

After helping Dog with the net to get the fish, Bear decided to fish as well.  He quickly had a fish take his line.  Bear's eyes got big as his fishing pole bent over.  He had a big fish on the line! 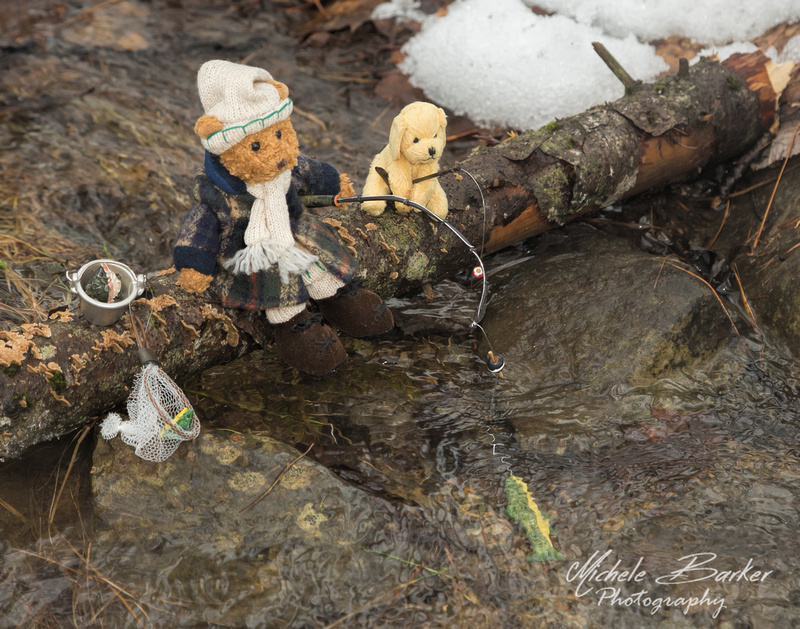 Bear tried and tried to reel in the big fish, but the fish broke free. It was getting late in the day and it was time to head back.  It was going to be a long hike as they had just moved in to a new home. 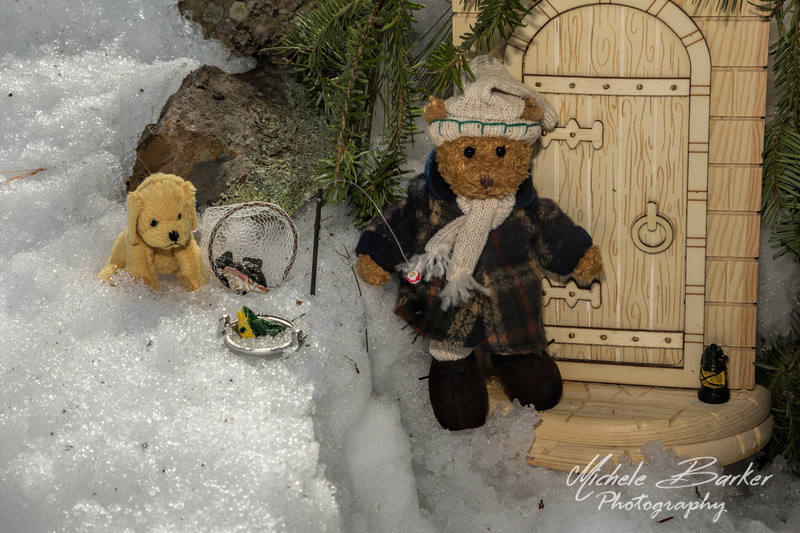 Bear was so excited about the fish that Dog had caught on his very first fishing trip he grabbed the camera to take some pictures. 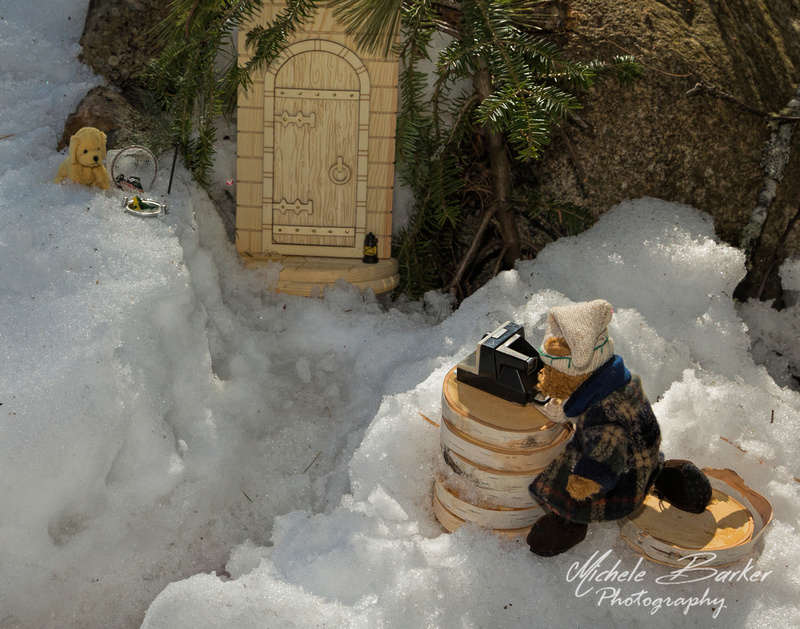 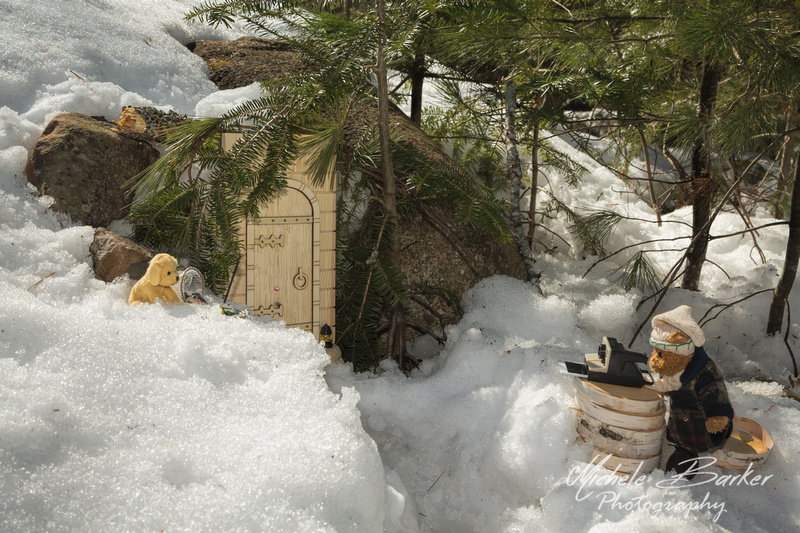