Bear had been working very hard building a new raft for him and Dog.  After a lot of hard work it was ready. As Bear was loading up the raft, Dog begged Bear to let him bring his favorite blanket along.  Bear couldn't say no! 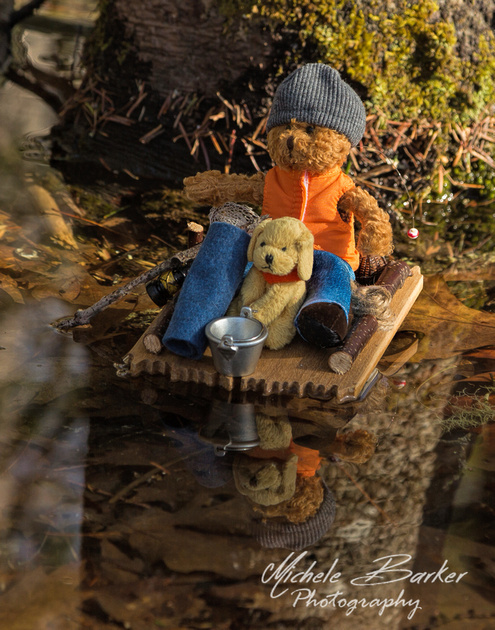 This was the very first raft Bear had built.  He was excited that it had turned out so well. But he did notice the raft was a little tippy, especially when Dog moved around. 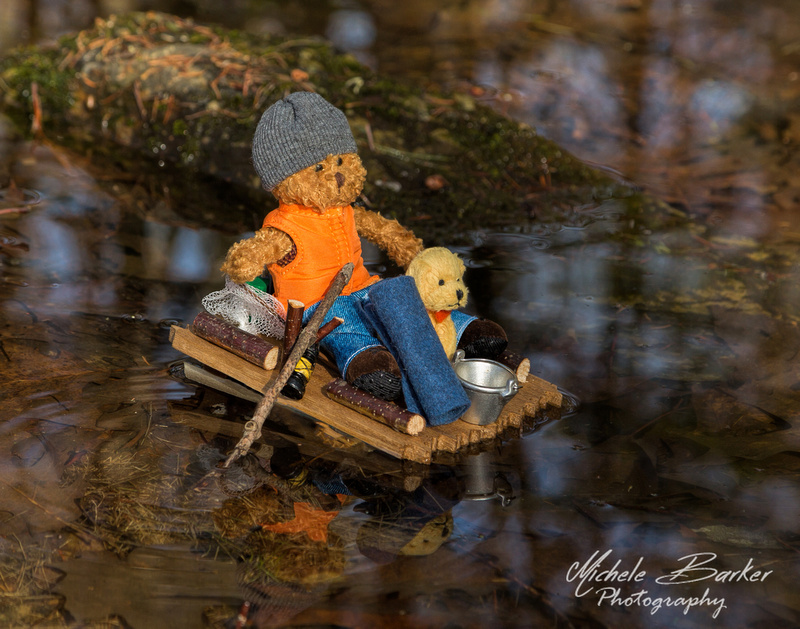 Bear and Dog were having so much fun, Bear didn't realize how late it was getting.  It was getting dark, and Bear was happy that he had thought to bring the lantern along.  He moved Dog's blanket to the back of the raft so more light would show, and they started their journey back. 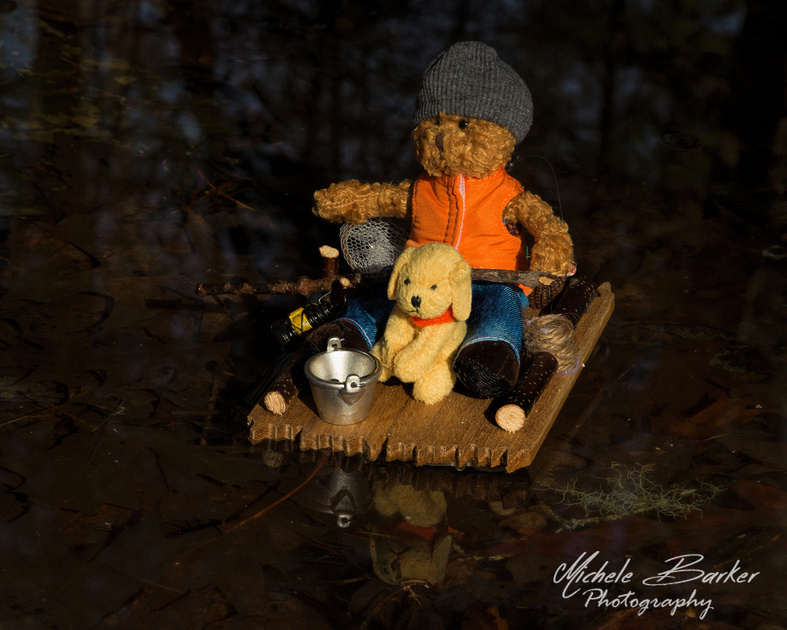